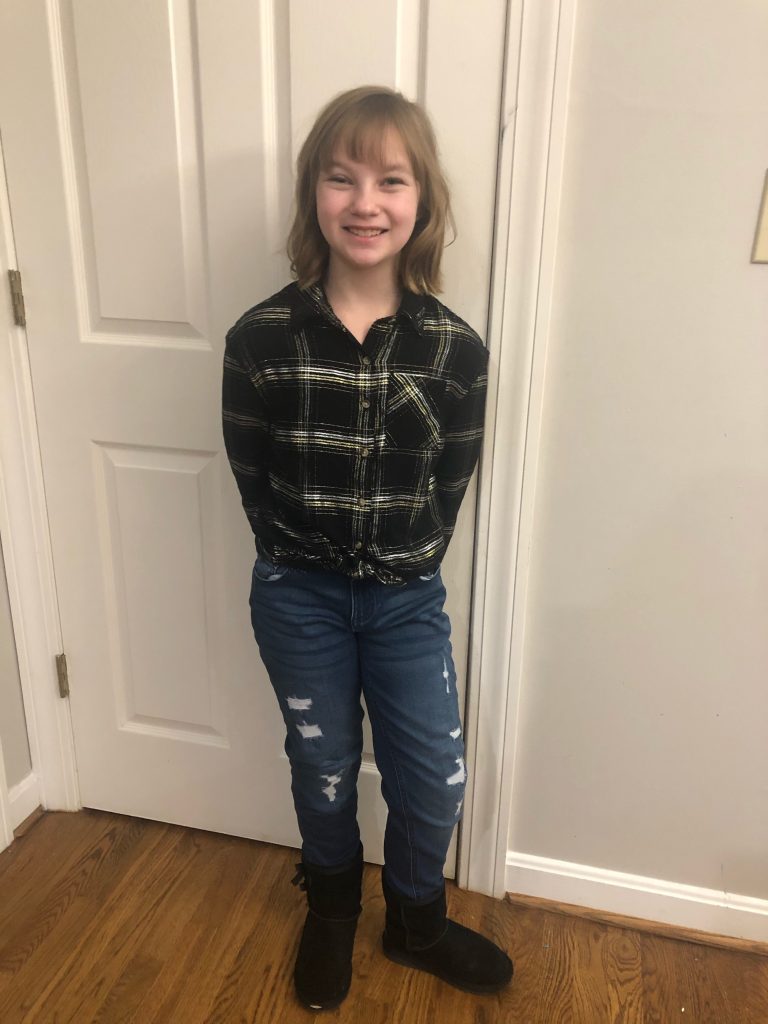 Regan developed pink eye in Aug 2015 when she was 4. Her pink eye did not clear up with traditional treatments. We were followed by an ophthalmologist weekly for 4 months until it was determined she needed a surgical removal of the lesions on her eyelids. In Dec 2015 she had the first surgical removal. Within 4 hrs of the surgery I could see the membranes reforming.  We were crushed.  We we were then sent to an Oculoplast at the University of Louisville.  He presented Regan’s case at a grand rounds meeting with multiple physicians from several specialty practices.  In Feb 2016 she had a second surgical removal.  During this procedure they also obtained numerous labs for further work up. In March 2016 we were finally given the diagnosis of Congenital Plasminogen Deficiency.  We were told there was not an FDA approved treatment and that the medical regimen she was on was the best treatment available.  That included: heparin eye drops 4x/day, cyclosporine eye drops 6x/day and steroid eye drops 2-3x/day (this was only used sparingly because of the risk of developing glaucoma) along with frequent surgical removal of the membranes.  This was not acceptable to us.  I asked her pediatrician if seeing a hematologist would be beneficial and she stated that she didn’t think it would be helpful since it was so rare. 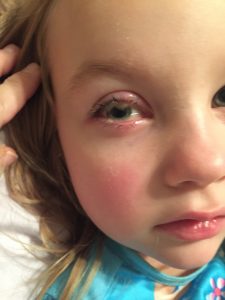 So I began my own research of literature and studies. I found an article written by Dr. Amy Shapiro, founder of Indiana Hemophilia and Thrombosis Center (IHTC), that quite frankly terrified me as it discussed mortality rates. Out of desperation I called IHTC to make an appointment in hopes to just discuss her diagnosis with a medical professional who had more information than I had been given thus far. When I called and explained why I was calling the receptionist asked if my daughter was Type 1 or Type 2 and if I was calling about the clinical trial that was starting. I was ecstatic! I had no idea that a clinical trial was starting in the US….much less only 2 hrs from where we lived!

Shortly before our first visit at IHTC Regan had to have her final surgical removal of the membranes. I was very hesitant because I had learned it was contraindicated for her condition. But she had lost 70% of her vision in her eye and was at risk of total vision loss, so we really didn’t have a choice.

She started the clinical trial in June 2016. She started with infusions every 3 days but she currently receives her infusions weekly.  Within 12 wks Regan had 100% resolution of her eye membranes. She went through 6 months of vision therapy and regained normal vision.  During this process we also learned that she had internal membranes as well. Those membranes resolved within about 6 months!