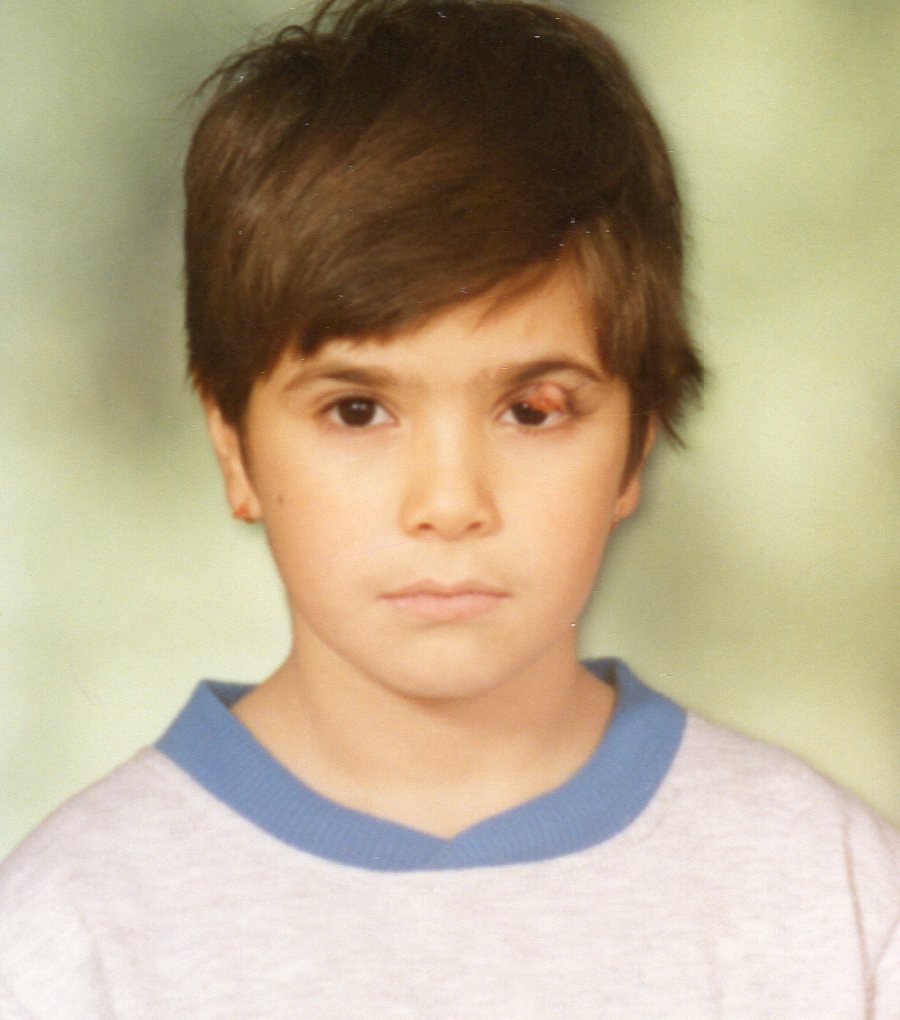 My name is Maria Kato, I am 37 years old and from Hungary. When I was 25, I moved to Norway, where I am still living.

I have Plasminogen deficiency and my plasminogen activity is 11%.

When I was 6 years old, fibrin-rich pseudomembranous lesions began to grow on my upper eyelid, which grow thicker and had a woody consistence. This was when I got diagnosed with Ligneous Conjunctivitis. It was removed a multiple times from my eyelid, once or twice a year, but after every surgery it grew back thicker and larger. My doctor prescribed steroid eye drops, antibiotics and cyclosporine, but nothing had any effect.

These lesions were surgically removed more than 20 times, but after every surgery they quickly reappeared. 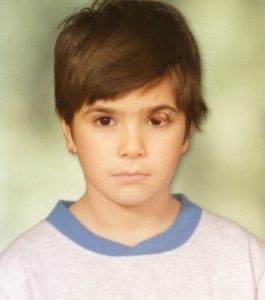 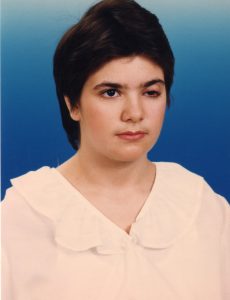 When I began with my menstruation, it began to be very painful, a lot of spasms, and in 1998 during my period a piece of fibrous tissue (the size of a nut) came out. These fibrous tissues came out from my uterus with each period.  After histology examination the doctors suspected dysmenorrhea
membranacea. A hysteroscopy examination showed adhesions in the uterine cavity.

After that I was diagnosed with homozygous Plasminogen deficiency.
At age 27, a hysteroscopy was attempted and laparoscopy was performed which revealed fibrosis and web-like fibrin-rich adhesions in the uterus and fallopian tubes. I was treated with fresh frozen plasma (FFP)-infusions with improvement in eye symptoms and dysmenorrhea.

In 2016 I was enrolled in a clinical trial of Ryplazim. I received intravenous plasminogen replacement therapy, starting in October 2016. My eye lesions had resolved by week 12 of treatment. At the end of the first menstrual cycle on plasminogen treatment, I discharged a large mucus-like plug from the vagina, and had regular and normal menstrual bleeds after that.

In 2017 I became pregnant with my first child. I continued plasminogen replacement therapy during the pregnancy, delivery and recovery period. I went to term and had a successful delivery of a healthy child.

In 2020 I became pregnant with my second child. In this pregnancy I did not have the possibility to get Ryplazim. But fortunately I had a successful delivery and a healthy child again. I used enoxaparine during and after my pregnancy. After delivery I got Fresh Frozen Plasma for 3 weeks to help the
recovery.

I am so happy and thankful that I had the possibility to get Ryplazim! It helped me to live without pain and to get my children.

I hope that this treatment will be more available in the future to help me and other people with this disease.